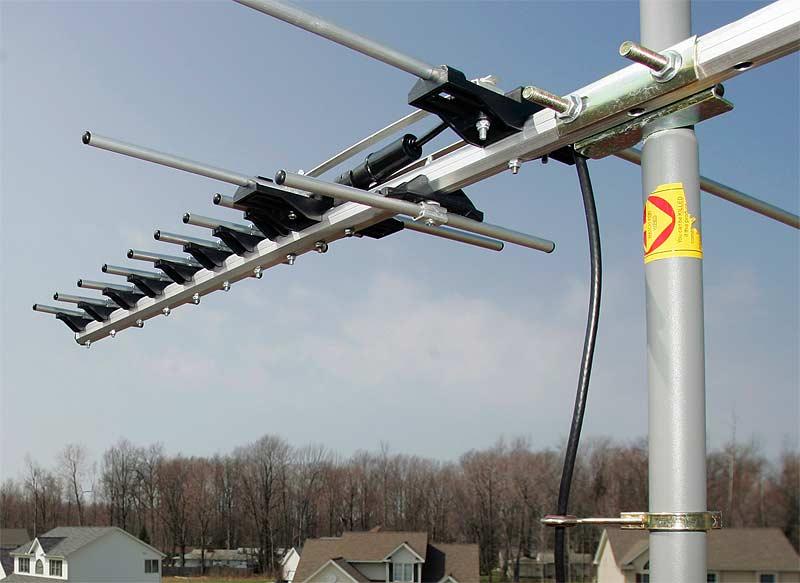 Like many other families, we bought “cable-ready” televisions because we wanted to take them home and hook them directly to the cable.

Recently, we were told that this was no longer possible. Our cable company, having moved to an all-digital signal, says we now need a cable box for each television.

It strikes me as odd that, a month ago, we received both an HD digital signal and an analog signal through the cable box but now that analog has been removed, we need a box for each television — for a “small” monthly fee.

Many of our televisions are yard-sale specials — $10 here and $20 there.

The point is that I have two televisions each in three rooms, and I’m not paying the cable company $6 a month to put cable boxes on those extra “cable-ready” televisions.

So I spent a good bit of Memorial Day weekend on the roof.

One of my daughters joined me for part of the adventure. We removed the TV antenna that had been perched at the peak of our roof for, I’m guessing, the past 50 years or so. The wire from the antenna to the house had rotted off, and I decided that, rather than crawling to the tallest point of our house, I would take down the old antenna and inspect it at a lower altitude.

If it was in good shape, I would rewire it and put it back up. If not, we would get a new one.

Either way, we were going to get a signal for those cheap, add-on televisions without paying $72 a year for additional cable boxes for the privilege of receiving signals that are floating free across the atmosphere.

The old antenna, riddled with rusting rivets, generally looked like a decades-old hunk of aging aluminum and steel. The critical point of contact for the wiring from the antenna to the house was a rusty mess.

The decision was easy: We went to the store to buy a new antenna.

The antenna came in a smallish box and required a good bit of assembly. Generally, the process was intuitive; three of us put it together in about a half hour. The antenna didn’t come with a pole on which to mount it, so I bought two designed to fit together to extend the height — and that put the new antenna at about the same location as the old one.

Then we had to make sure that the new antenna was receiving a signal. The antenna instructions and online experts recommend using a compass to position the antenna in the direction of the stations you want to receive. That’s fine, assuming you know how to use a compass and know the coordinates of the stations’ antennas.

Needless to say, that process took some time — from atop a tall ladder.

At first, there was no signal. Nothing.

I was devastated. How could I spend most of a day on a ladder and get not even a whiff of a signal?

My wife asked whether it might be the television.

What? The modern, flat-screen TV?

I tried re-positioning the antenna while my bride searched the internet and found that televisions built before 2007 don’t all have built-in digital tuners.

So we tried a newer television, and guess what? We got a signal.

With the weekend all but over, we locked down the antenna and removed our scaffolding.

The next weekend — last weekend — we worked to hook the antenna to our cable system inside the house. That required a signal booster, which is plugged into a power source in the basement.

At the moment of truth, after everything was hooked up, we found that the signal was weakest at the extremities. The upstairs televisions aren’t getting the signal at the strength needed to receive all of the 17 channels we received during our original tests.

We’ll keep tinkering with the system until we get it tuned as well as possible.

We’ll also jettison some televisions because, no matter what, we won’t be paying for extra cable boxes for our “cable-ready” televisions.