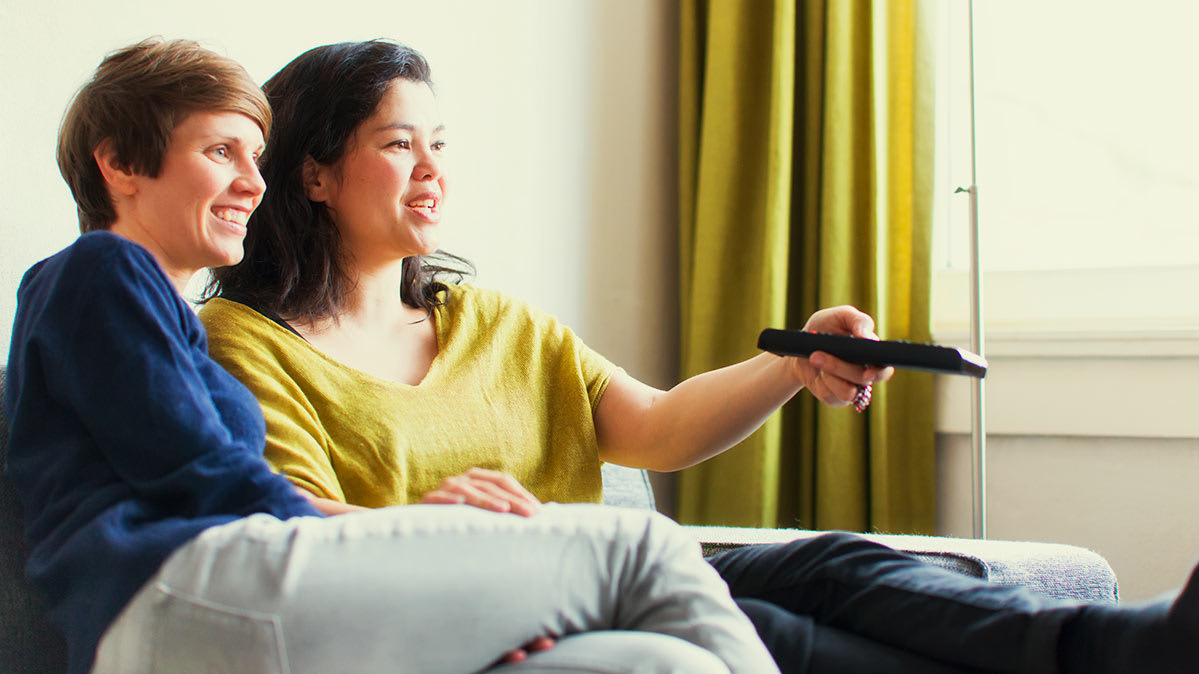 With more of us looking to find ways to save money on our monthly TV bills, it’s no surprise that TV antennas have made a comeback.

Once you get an antenna, you can tune in to local broadcasts channels, such as ABC, CBS, Fox, and NBC, as well as PBS and Telemundo. It’s free TV.

If you use an antenna, it’s important to regularly rescan for channels. That’s always been a good idea, but it’s more important now, with many TV stations moving to new broadcast frequencies over the next 18 to 24 months.

Rescanning simply means having your TV’s tuner do an automated update to look for new channels. This will allow your TV to find your favorite channels at their new frequencies. Though the frequency may be new, the channel numbers you use won’t change—channel 5 will still be channel 5, and so on.

Why are stations moving? Several years ago, Congress authorized the Federal Communications Commission to hold a spectrum auction, freeing up some over-the-air broadcast TV frequencies to make room for expanded wireless services.

Now that the auction is complete, about 1,000 TV stations have to change their frequencies, a move that will happen over the next two years. In addition, about a dozen stations will go off the air entirely.

To help consumers get up to speed on the transition, the National Association of Broadcasters has created a helpful website, TVAnswers.org. You can get more general information about the station reassignments and find out when your local TV stations are moving. Just enter your ZIP code in the box at the top of the website to find out when your stations are slated to move. You can also sign up to get alerts when a local station is moving.

But the spectrum reassignment isn’t the only reason to rescan every month or so. First, if you did your original channel scan during a cloudy or rainy day, you might not be receiving all the channels available to you.

Secondly, most stations have been adding subchannels, in addition to the main program you’re tuned to. A rescan will help you capture any of those new subchannels, with programming that often includes a mix of vintage TV shows, nature programs, weather, and foreign-language programming.

Here’s How to Rescan

Fortunately, rescanning for channels is a fairly simple, straightforward thing to do. It varies a bit depending on what brand of TV you own, but ultimately you’re looking for a control that says Channel Scan or Channel Tuning.

Start by using your TV remote control (or a digital converter box remote if you still have an older analog TV) to press the Menu button. You may see the Channel Scan control right away, or it could be one layer down, under Antenna, Channels, or Channel List. It might be called “Live TV” (for LG TVs) or “Broadcast” (for Samsungs).

If you don’t see any of those options as soon as you press the Menu button—and that’s not unusual—you’ll have to go one layer deeper by first choosing Settings or Setup.

Once you find Channel Scan or Channel Tuning, you may have a choice to tune automatically (Autotune or Autoscan) or manually. You want the automatic option, which will make the TV search through all the channels.

If you don’t see any of these options, you can usually perform a channel scan by selecting the Input button on the TV remote or in the TV’s main menu, then choosing Antenna.

Depending on the number of channels you can receive, it could take a few minutes to complete the rescan. If it doesn’t work the first time, try again. And actually, we recommend doing a second channel scan anyway just to see whether you get any stations you missed on the first rescan.

Don’t Have an Antenna Yet?

If you’re just getting started with free, over-the-air TV, you’re in good company. Even many consumers who have switched to streaming video services, such as DirecTV Now or Sling TV, use an antenna for local stations not included with their package. In fact, 1 in 5 U.S. households with broadband internet now use one, according to market research firm Parks Associates.

Having the right antenna can help you get more of your local channels. We recently tested 10 popular models, ranging in price from $10 to $80. Your reception will also depend heavily on your distance from broadcast towers, and topography—such as mountains or tall buildings—that could interfere with signals. Amplified models can often help pull in more distant stations.

One other thing if you’re shopping: Make sure your antenna can receive both VHF (channels 2-13) and UHF (channels 14-51) frequencies. Some antennas only provide good reception of VHF or UHF channels, but not both. Because some channels may be moving from UHF to VHF frequency bands, you’ll need an antenna that can receive both.